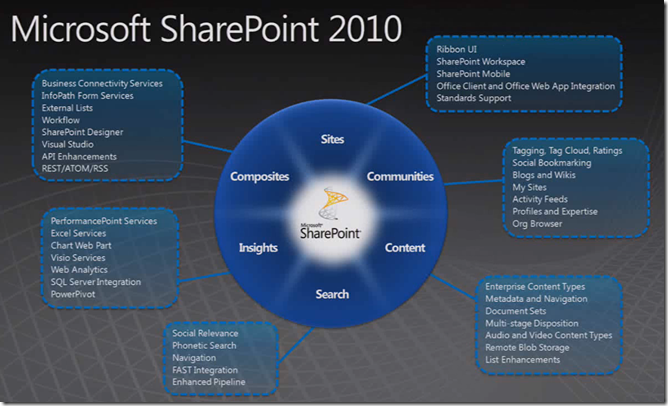 Setting up a SharePoint Development Server

Recently I wanted to start some SharePoint 2010 development, and taking Microsoft’s recommendation that developing for SharePoint be conducted on a machine that already has it installed, I set out to create development-optimized SharePoint environment. One of the greatest tools I came across was the SharePoint 2010 Easy Setup Script. The script is a set ofWindows PowerShell scripts that install and configure all the pre-requisites and products to get you developing for SharePoint in no time. Running these scripts will install evaluation versions of:

After downloading and extracting, the installation files will be installed to C:\SharePoint2010EasySetup by default. The next step is to configure the scripts:

Navigate to C:\SharePoint2010EasySetup\Labs\EasySetup\Source and locate the config.xml file. This is the file you want to modify. Here you can set up a virtual hard disk to install applications to and comment out any applications that you do notwant installed. In my case I wanted to do a fresh install of a Windows 7 64bit operating system on my local operating system, rather than on a virtual disk (it’s recommended to do a fresh install when installing to your local os). After editing the configuration file you will want to save the configuration file and then execute the run.bat file.

In the same directory running the Run.bat file will execute the Windows PowerShell scripts in the correct order.  The scripts will download the evaluation versions of the software, install them and configure them. During this process I was asked to reboot several times.

If you are completely new to SharePoint development I found some of the following resources helpful:

This article and many others like this can be found on my SoftArtisans blog.